Home » Out & About » A few things to do in Mousehole

Things to do in Mousehole...

There are so many places to visit in and around Mousehole, these are just a few that you can enjoy on foot. 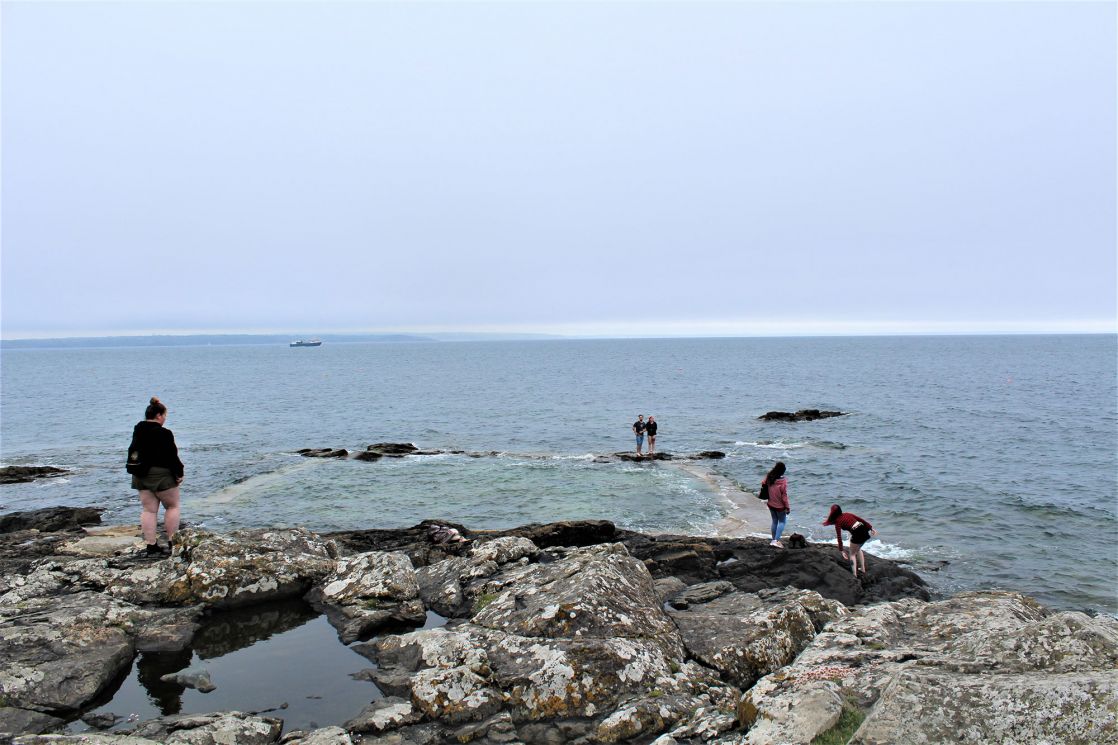 Head through the garden gate and down the steps to the rocky beach below, turning left and after about 100 yards you will reach the tidal pool of Mousehole. Just deep enough to splash around a cool off or snorkel, making it is a safe place to introduce children to sea swimming with spectacular views across to St Michaels Mount.

Admission is free, but please donate as the hospital and sanctuary is funded entirely by voluntary contributions. Founded in 1928 by Miss Dorothy and Miss Phyllis Yglesias, each year around 1,000 birds of over 50 species are treated at the hospital. During the Torrey Canyon oil leak disaster in 1967 over 8,000 oiled sea birds were treated here. 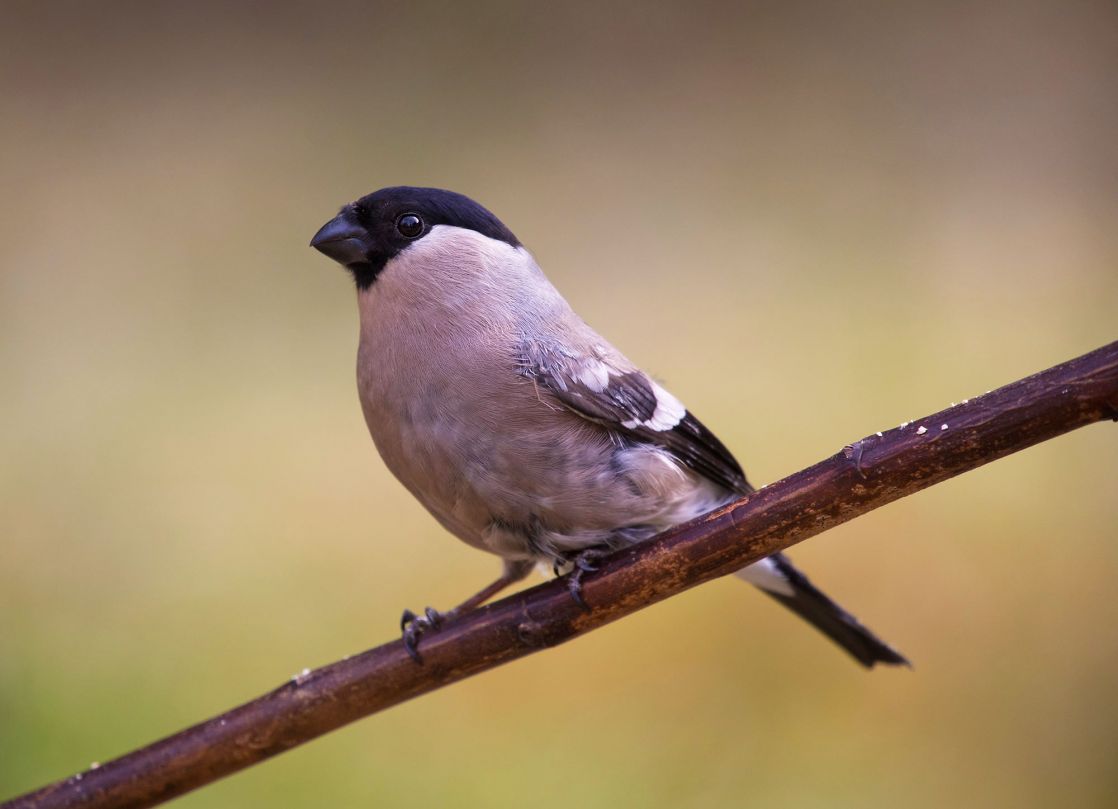 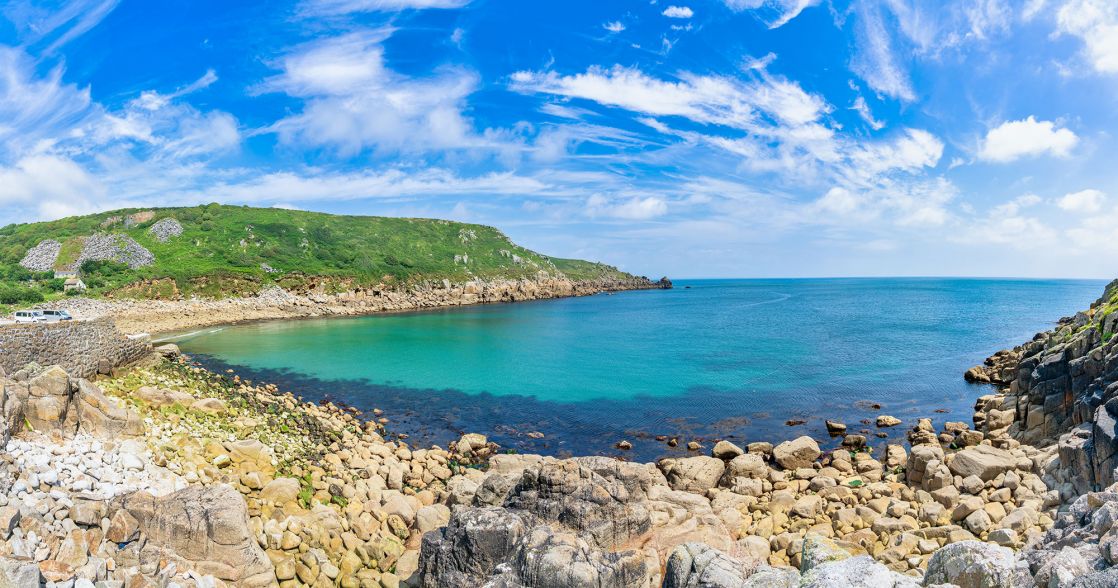 The South West coast path runs below the house. A great walk is from Mousehole to Lamorna and back 4.7 miles (7.6km). We would only recommend it for the fit and adventurous! You can yomp down small paths clinging to the cliffs, taking in nature and stunning views, arriving at Lamorna Cove, perhaps grab a bite to eat and a pint at the Lamorna Wink pub and restaurant, then stagger back.

Set into the wall of The Ship Inn is the Fitzroy Barometer, which was originally ‘loaned ‘to Mousehole in 1854 by Admiral Fitzroy, founder of the meteorological office to help reduce loss of life to the fishermen of Mousehole by improving storm warnings. In 2009 the meteorological office gifted the barometer to Mousehole Harbour Authority, luckily without any overdue fines as would be if you didn’t return s book to the library for 155 years.

Learn so much more about Mousehole than just reading the guides – amazing pieces of history, legends and local folklore.

This is no longer in active service, but is open to the public. A memorial garden was created to commemorate the crew lost in the Penlee lifeboat disaster and the lifeboat station is a memorial to the crew of Solomon Browne. On 19th December 1981, 8 of the 9 volunteer lifeboat men rushed to launch the lifeboat Solomon Browne in an attempt to rescue the crew of the Union Star, a cargo carrying coaster, in hurricane conditions.

All 8 men lost their lives that night, the only survivor was the 9th volunteer who had taken his turn to stay behind to close the doors of the lifeboat station. The entire village of Mousehole was affected by the loss. Every year from December to January a cross of remembrance is lit up on St Clements Isle, the little island off the shore next to The Old Watch House. On 19th December each year all the lights in the village are turned off for an hour, leaving only the cross on the island lit up, to show respect and remembrance 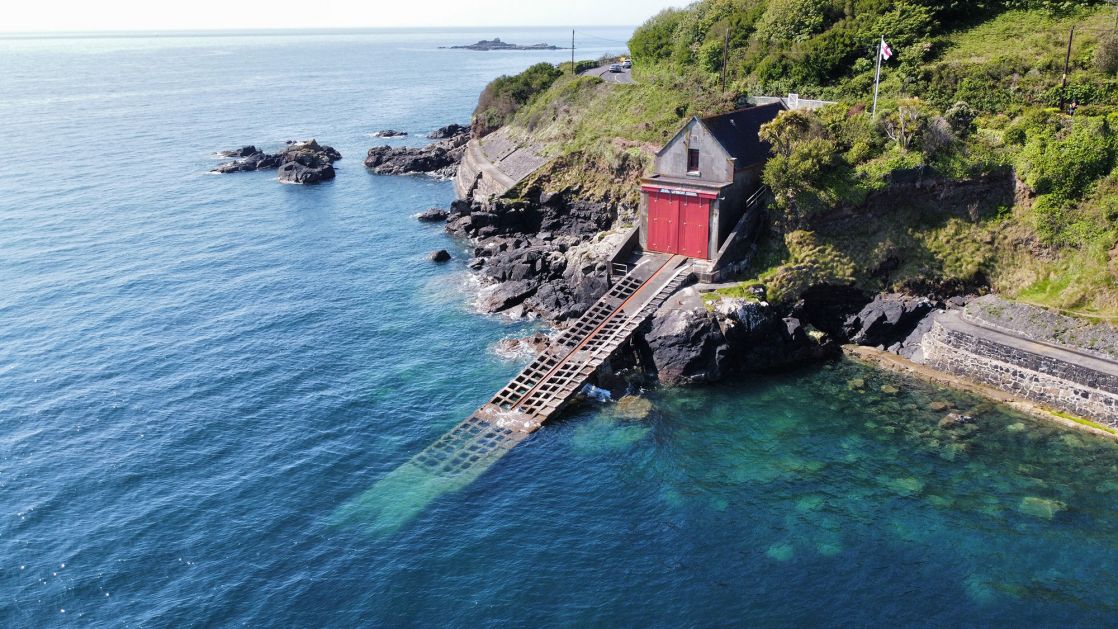 Boat Trips out of Mousehole Harbour 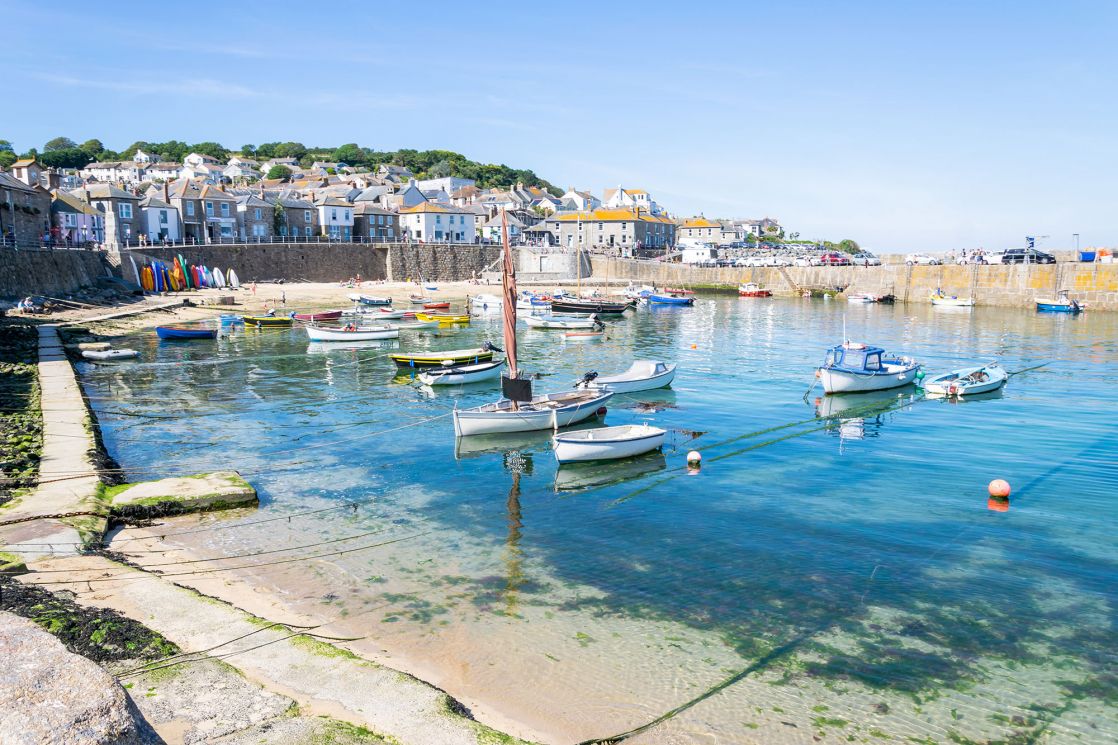 Explore the magnificent scenery and coastline surrounding Mousehole on board the Cormorant, visiting Newlyn, Penzance, St Michaels Mount, Lamorna, Porthcurno and the Minnack theatre by sea. Directly out of Mousehole Harbour the local skipper will regale you with history and local knowledge.

As an added special treat Four Teas Café in the village can supply you with a special picnic to take on board.

Founded in 1963 by a small group of local residents, the Mousehole Christmas lights have become an iconic event and one of the most popular Cornish Christmas traditions. The lights are switched in mid December until around the first week in January. Choirs, Carols, food stalls, processions and mulled wine create a Christmas village by the sea. 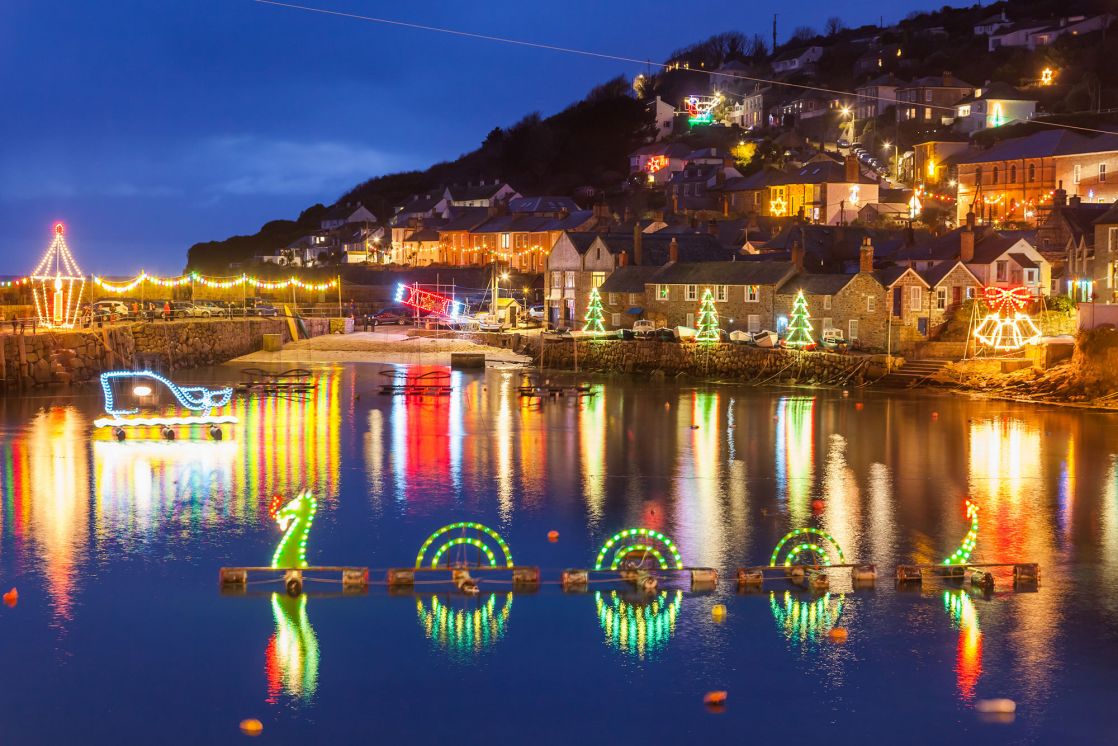 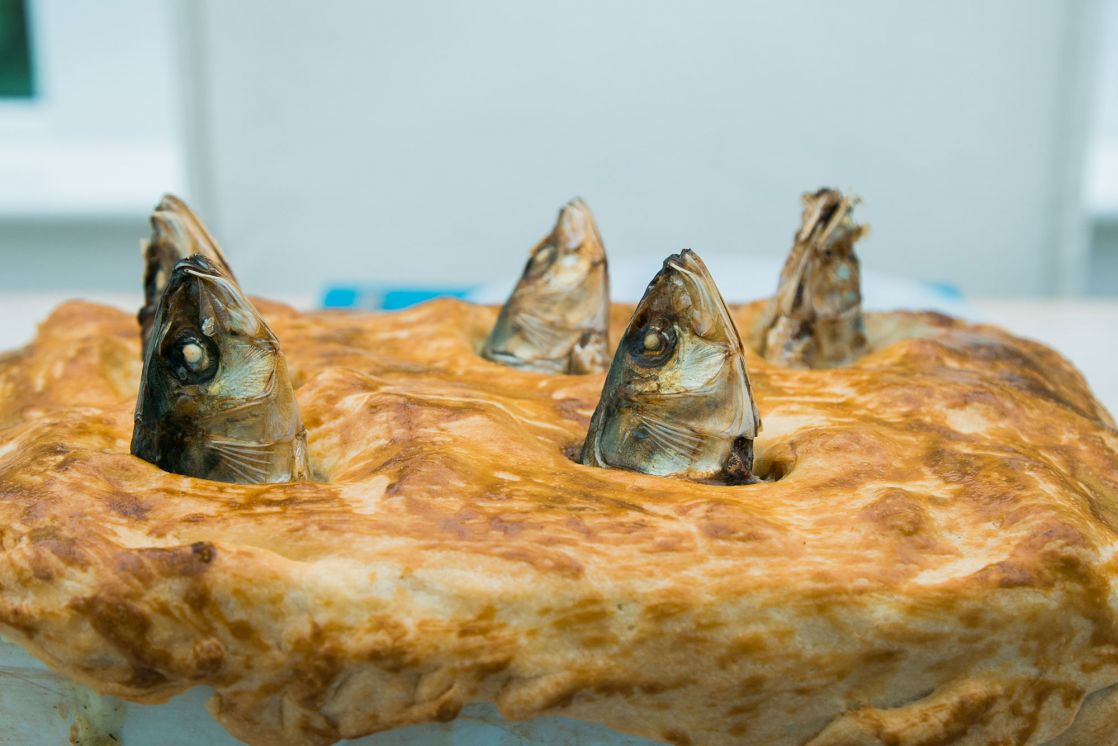 Held in the village on 23rd December every year. The legendary Tom Bawcock is the 16th century fisherman who allegedly saved the villagers from starvation, bravely going out to sea, battling storms that had prevented fishing. The story tells that on return his whole catch was baked into a pie at The Ship Inn, somewhat miraculously containing as many as seven different types of fish. And christened a Star Gazy pie. The heads of the fish poked through the pastry as proof of the catch. Not sure that this would be a prize winner on Bake off and very off putting for a 16th century vegetarian. Following a procession of children, musicians and dancers carrying lanterns through the village, Star Gazy pie is still baked at The Ship Inn and served in the village on 23rd December each year and has been part of the Mousehole Christmas light celebrations since the 1950’s

Mousehole usually has events throughout the year – the annual Regatta, Sea Salts and Sails Festival (bi annually on an even number year), Annual Carnival, Lifeboat Blessing, Punt Race, Male voice choirs on the harbourside and much more. Due to Covid these events are still uncertain for 2021, but we will update you on our blog.